The 'Gold Forever' stars took part in the annual festivities in Washington this week.

The Wanted were among the celebrity guests at The White House this week as they took part in the annual Easter Egg Roll 2013.

US President Barack Obama and his family invited the boyband to attend the day – and they gave a live performance at the event.

As well as their performance, the five-piece also took to the story time stage to perform reading to the young attendees on the day.

The band shared duties as they read through a tale called Caps For Sale – despite some issues with Siva's microphone.

The 'Glad You Came' stars also took to Twitter to thank everyone who came along as well as the President and his family.

They wrote: "Truly an amazing day. Thank you to the First Family & everyone at the #EasterEggRoll that made today amazing!" 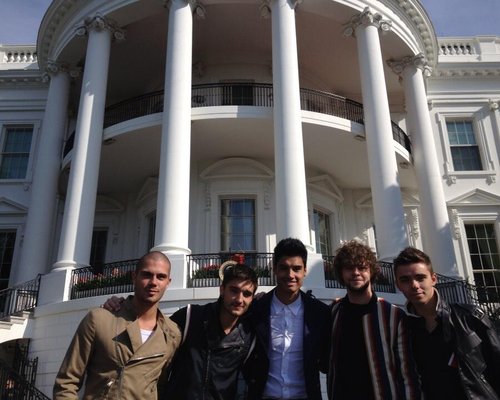 Watch The Wanted taking part in a story time activity during the Easter Egg roll below:

Meanwhile, The Wanted recently premiered the new music video to accompany the US release of their single 'All Time Low'.

The promo features footage from some of the group's most iconic performances – including at last year's Summertime Ball.