The 'All Time Low' star speaks about the inspiration of the group's new single and relationships.

The Wanted star Nathan Sykes has been speaking about the band's new single 'Show Me Love (America)' and how it holds particular strong meaning with himself.

Chatting to MTV News, Nathan admitted the song is based on trying to balance a personal relationship with life on the road in a band.

"I wrote in an afternoon with a friend of mine," he revealed. "And it really means a lot to me 'cause it kind of goes into how hard it is to hold a relationship when you're in this business, traveling the world and stuff like that.

"And it's just saying to someone 'I could have shown you the world but obviously we're on different paths.' I think that's kind of how a lot of people in this industry kind of feel, but I think it's very relatable to a lot of the fans as well because sometimes in life that just happens and people end up on different paths and it just doesn't work out." 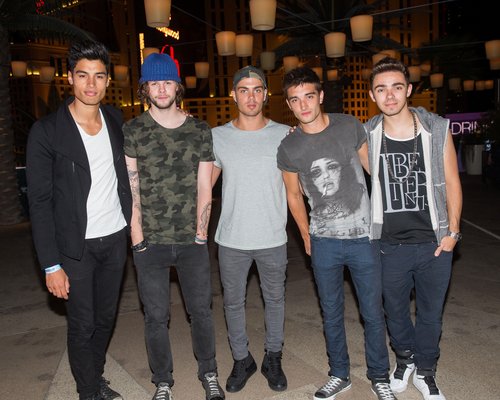 He also revealed how the ballad was aiming to hark back to their debut release 'All Time Low'.

"It's like a really epic sound and we went back to, we wanted to recreate the string sound that we used in 'All Time Low.' It's quite deep, I'm not gonna lie," he said.

"We also think the chorus is very sing-along and there's this amazing breakdown bit which we also love," he explained. "So that's the one I can relate to quite a lot."

Fans immediately took to Twitter after the first play to reveal how "beautiful" they thought the track was.

The Wanted also announced that they were pushing back the release of their new album 'Word Of Mouth' till 4th November.