The 'Glad You Came' stars are now expected to unveil their latest promo at a later date this week.

The Wanted singer Tom Parker has apologised to fans on Twitter after promising that the band would be releasing the new video to 'All Time Low' yesterday (25th March).

The 'Gold Forever' stars have also told fans to keep posted to the band's social networking feed on Thursday – with the promo expected to be unveiled in full.

Tom took to his page to clarify his previous remarks on the video.

The group's manager Scooter Braun has also been teasing the video and told fans to expect something "fantastic".

"@thewanted the video is fantastic. #4days," he wrote. 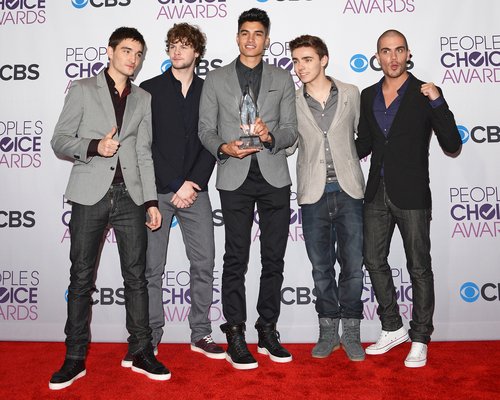 The band are currently out in the US shooting scenes for their new E! reality TV show – which will hit screens this summer.

The Wanted are also busy working on their new studio album and the follow up to 2011's 'Battleground'.