The 'Can We Dance' stars perform their recent single after landing over in the US this week.

The Vamps were mobbed by fans on arrival in New York City this week before heading straight to a TV appearance to perform their recent hit 'Wild Heart'.

The 'Can We Dance' four-piece landed over on US shores on Thursday (20th February), ready to begin promoting their music in the Big Apple.

Soooo much fun on @KellyandMichael - we will post a link later to watch it back! Love the USA pic.twitter.com/lGFdoMih52

Brad, James, Connor and Tristan soon gave an explosive performance of 'Wild Heart' on television show Live With Kelly And Michael, after posing for some selfies with fans outside the show (Credit: Splash): 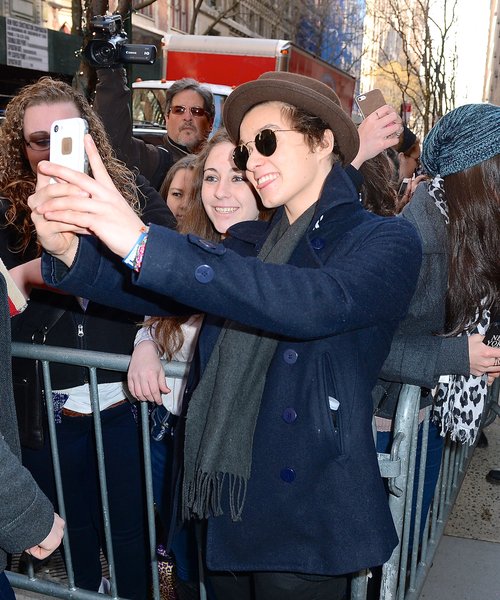 This week The Vamps announced the title of their new single 'Last Night' exclusively on Capitalfm.com.

The Vamps' new song 'Last Night' gets its first play on Capital this Monday (24th February).