The boys treat their fans to a new video fresh from releasing 'Meet The Vamps' this week.

The Vamps launched 'Meet The Vamps' yesterday (14th April) with a huge concert performance in London, before treating their fans to the unveiling of a brand new lyric video.

After releasing their debut studio album this week, Brad, Tristan, Connor and James unveiled a lyric video for their album track 'Somebody To You' as a thank you.

Check out a snap of The Vamps on stage at their album launch below (Credit: Getty): 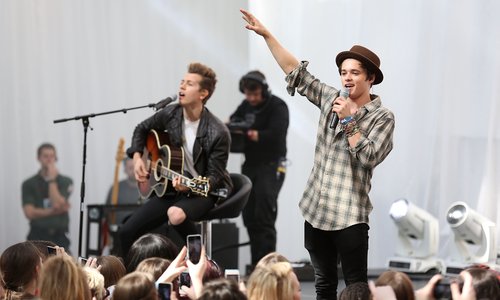 The boys launched 'Meet The Vamps' at Westfield Shopping Centre in Shepherd's Bush on Monday this week, playing a gig in from of 300 excited fans there.

This journey has been amazing so far... Making this album has been everything to us. http://t.co/lAlkg4qxTU pic.twitter.com/Z27SS1slab

Connor from The Vamps gets the crowd going at their album launch (Credit: Getty): 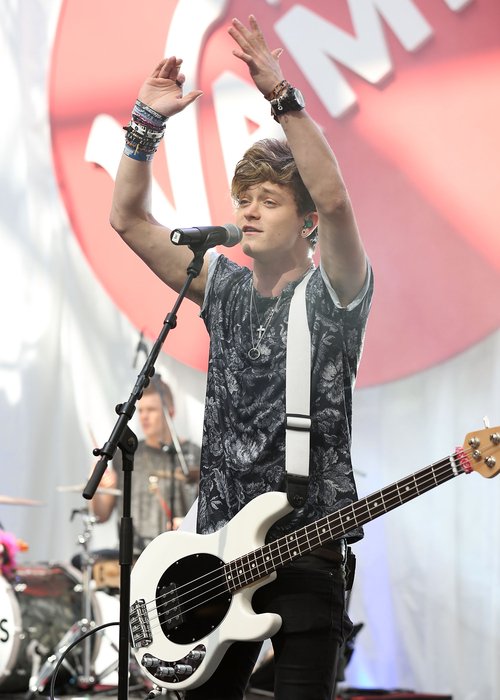 Earlier this week The Vamps admitted their album title is something of an homage to The Beatles because of how much they admired the Fab Four.