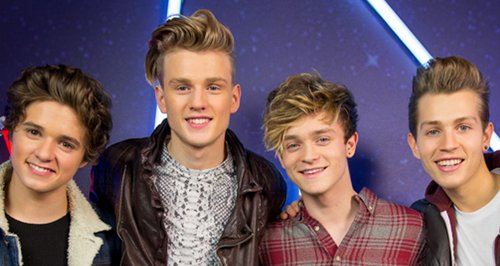 The track will feature on their upcoming debut album 'Meet The Vamps'.

The Vamps have given fans a new preview of their forthcoming debut album after unveiling the new featured track 'Move My Way' in full.

The boys have previously posted short Instagram video clips for some of the tracks, but have now provided their first full offering.

The song is track no.9 on their debut album 'Meet The Vamps' – which is released on Monday 14th April.

Meanwhile, the group recently entered the top three of the Vodafone Big Top 40 with their latest single 'Last Night'.

They've also enjoyed chart success with debut 'Can We Dance?' and 'Wild Heart'.

> 12 GIFs That Prove The Vamps Are Pop's Top BFFs