The Vamps Reveal New Song ‘Hurricane’ For Disney – And The Video Is Here Too! 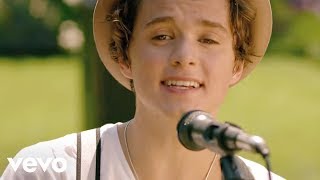 The Vamps - Hurricane (From "Alexander and the Terrible, Horrible, No Good, Very Bad Day")

The Vamps have only just announced their next single ‘Cecilia’, but they've already got another song!

The Vamps have teamed up with Disney to bring #Vampettes ANOTHER new track and video, just days after ‘Cecilia’. Aren’t you guys lucky?!

The Vamps have filmed a new music video for ‘Hurricane’ which will be featured on the Alexander and the Terrible, Horrible, No Good, Very Bad Day soundtrack.

The track is available to preorder with ‘Cecilia’, as well as the rest of the soundtrack which features other songs from the film.

And why did Disney choose The Vamps for their film? The director, Miguel Arteta says, “We wanted people to know that it’s okay to have bad days—you can be stronger and better for it. The Vamps’ energy gets that across wonderfully!”