Max catches up with the boys to talk JBB... and their crushes on Sunday performer Taylor!

The Vamps have been getting steamy backstage at the Capital Jingle Bell Ball 2014 with Morrisons, talking kisses under the mistletoe… and their crushes on Taylor Swift!

The 'Oh Cecilia' stars caught up with Max today (6th December) with just HOURS to go before they hit that #CapitalJBB stage, where she quizzed them on James' crush on fellow JBB star Taylor, and which stars from the line-up they'd like a cheeky festive kiss with!

PLUS… Brad opened up on just how excited the boys are to be at the Ball and revealed who they'd be hanging out with backstage today.

"It's amazing, it's a privilege," Brad told us. "I never thought we'd ever do a gig with Take That.

"And OneRepublic are a great band, we know the guys from The Script, they're awesome."

The Vamps were ALSO hanging out with Capital's Pandora backstage today! 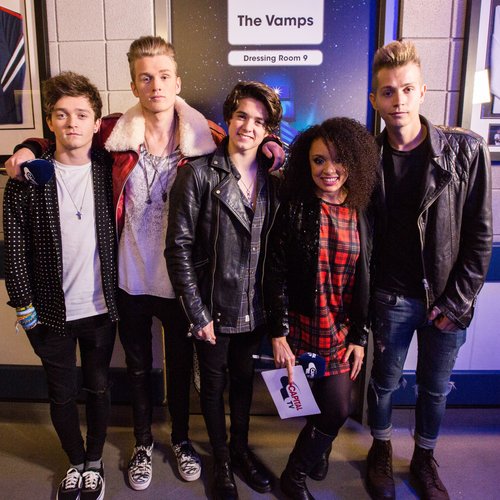 AAA Pass At The Ready? Here's YOUR Backstage Tour Of The Capital Jingle Bell Ball 2014 With Morrisons...

It's Time To Embarrass Our #CapitalJBB 2014 Stars... Throwback Style!

16 Things To Expect From THIS Year's Capital Jingle Bell Ball!

Our #CapitalJBB Line-Up... In Numbers!