Have you ever known a boy band not to take advantage and woo the girls? Well, The Vamps are no exception as they chose who their ideal ladies would be with our man, Roman Kemp.

You can't have a chat with Brad, James, Tristan and Connor without asking them a few probing questions... And Roman Kemp was on the case, by playing a game of To Bae Or Not To Bae. 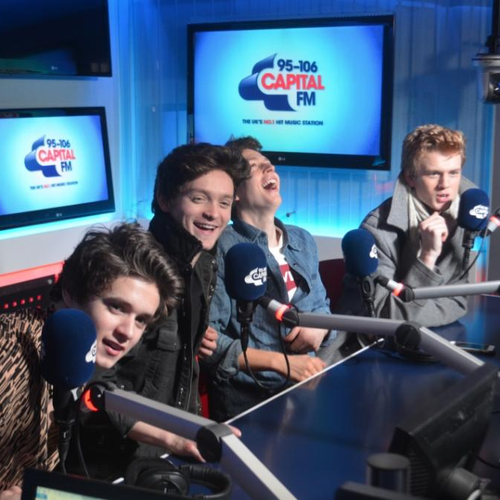 Some of the candidates got HUGE "yeses" from The Vamps, like Selena Gomez and Ariana Grande. They even invented the "Band Bae" for a unanimous decision! And some of the girls got mixed opinions - like Miley Cyrus who scared some of the lads, or Rita Ora who was rejected by two of the boys, because Connor and Brad both like her. Aww. #MatesBeforeDates

> It Just Got EVEN BIGGER! The Vamps Will Join Sunday’s Line Up At The Jingle Bell Ball!

But things got REAL tense, REAL quick, when Roman asked them about one girl... And we're not talking about when The Vamps were asked to Bae Pandora while she was sat in the next room! We're talking about when Connor panicked into the microphone as he was asked whether he'd Bae (or not)... Little Mix's Jade Thirlwall. And what did he say?!

Well, there's only one way to find out - by watching that video above!