WATCH: Get Ready To SWOON At Connor Ball From The Vamps Covering Ariana’s Dangerous Woman’!

Did we mention he’s wearing TINY little shorts and a vest? #ManCrushMonday

Poor Connor Ball from The Vamps is still recovering from his knee injury but the band’s dreamy bassist isn’t just sitting around at home during his time off… he’s been getting into the spirit with a cheeky pop cover this week!

The ‘Can We Dance’ star popped up a cover of Ariana Grande’s brand new single ‘Dangerous Woman’ over the weekend to give his fans something new - the guitar solo he does is PRETTY damned amazing.

Took a while to figure this one out but I did a quick lil cover of @ArianaGrande 's Dangerous Woman solo! Booyaa pic.twitter.com/4VQV1lCgM0

Plus it doesn’t hurt that Connor opted to record his cover vide wearing just a pair of little shorts and a tank top vest to show off those BULGING biceps of his! Looking good, boy!

FILTHY BOYS! The Vamps Own Up To Their Sexually Suggestive Song Lyrics In ‘I Found A Girl’! 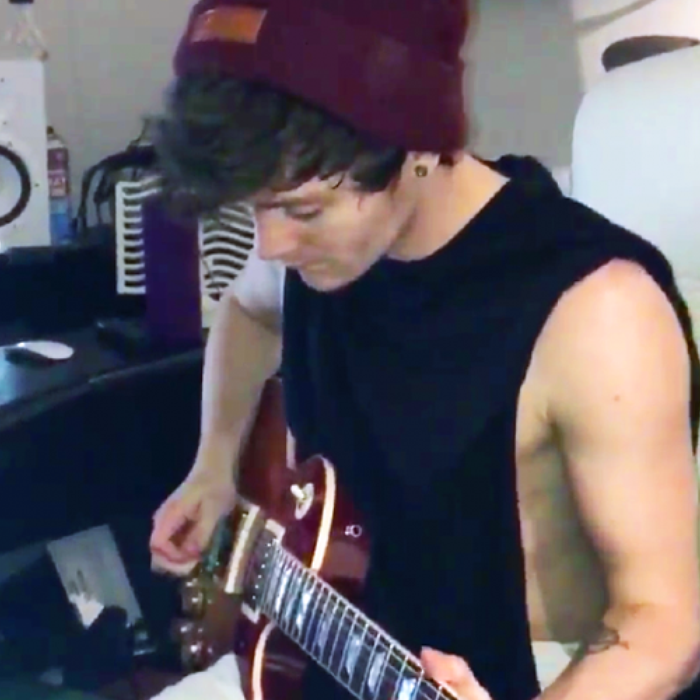 “Took a while to figure this one out but I did a quick lil guitar solo cover of @arianagrande’s ‘Dangerous Woman’,” Connor posted alongside the clip.

The Vamps were recently out in Japan on a short tour and have confirmed plans to release ‘I Found A Girl’ with guest artist OMI very soon.