Marvin catches up with Danny, Glen and Mark... where they reveal some VERY interesting news!

The Script boys caught up with Marvin backstage at the O2 Arena tonight (6th December) just before they take to the Jingle Bell Ball stage to tease a VERY special team-up could be coming.

The band recently put their 2015 UK tour dates on sale, along with a show at Croke Park in Dublin when PHARRELL joins them as a special guest for one night only.

So of COURSE Marvin had to ask the boys… will a team-up be coming between The Script and Mr 'Happy' himself, Pharrell?

Hit play on the video above and find out whether this dream team-up collaboration could be happening in 2015! 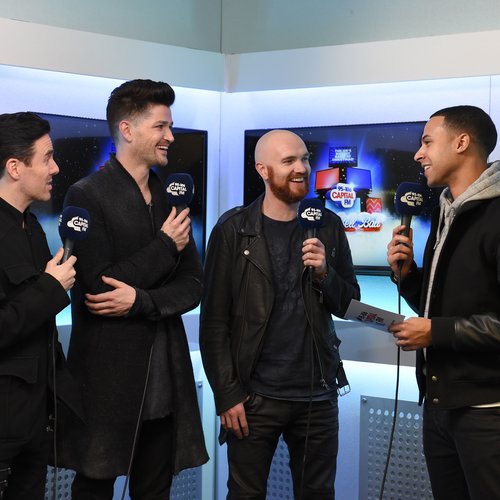