The Saturdays Tease New Song 'What Are You Waiting For': "It's In Your Face!" 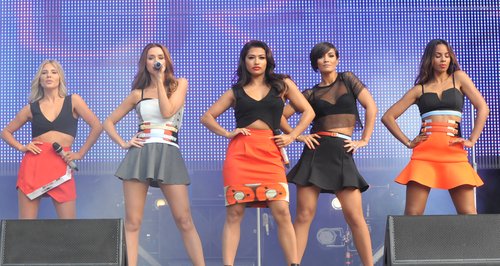 The group reveal details about their new "party anthem" single from their upcoming greatest hits album.

The Saturdays have teased details to Capital about their new single 'What Are You Waiting For'.

The group revealed the track will premiere "very soon" and have described it as an in-your-face party anthem.

Mollie King said: "It's coming very soon. It's actually released on August 10th but you're going to hear it a long way before then. "It's a really upbeat, feel-good, classic Sats party anthem."

Rochelle Humes added: "It's definitely in-yer-face, it's up in your grill!"

Discussing the music video, which was shot in Greece, Frankie Sandford explained: "It was our first two-day video shoot which was cool. We got to go away to Rhodes with First Choice, which was great.

"It just so happens the one that we had to shoot on the beach was stretched over two days, which was no bad thing!"

'What Are You Waiting For' heads up the group's upcoming greatest hits album 'Finest Selection', which is released on August 11.