The 'All Fired Up' singers have hit out at claims they are set to follow the likes of JLS and Girls Aloud anytime soon.

The Saturdays have responded to claims that they are to split up when Frankie Sandford gives birth to her first child.

Rochelle recently became a first time mum and Una Healy has a one year-old daughter Aoife.

Speaking to the Daily Star, Frankie quickly hit out at the "split" comments and said the girls have big plans for 2013 and their future.

"Our album will be out late summer hopefully. We then plan to tour," she said. "We definitely aren't splitting." 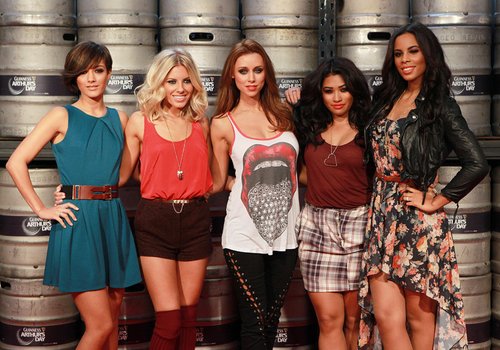 The girls will also be at Wembley Stadium next month for Capital FM's Summertime Ball 2013.

Taylor Swift, Robbie Williams and The Wanted are also on the line-up for the event on 9th June – which is hosted by Justin Timberlake.