The 'All Fired Up' singer reunited with her bandmates for a performance of new single 'Gentleman'.

Rochelle Humes was seen flaunting her post pregnancy body this week as she joined the rest of The Saturdays for an appearance on morning show Lorraine.

The 'What About Us' star gave birth to her first child with Marvin Humes back in May.

The singer rocked a sleeveless black dress and a silver collar necklace for one of her first outings since reuniting with the rest of the group.

The five-piece performed their latest single 'Gentleman' – and Rochelle clutched to an orange handbag as she entered the ITV studios.

Check out a picture of Rochelle heading to Lorraine below: 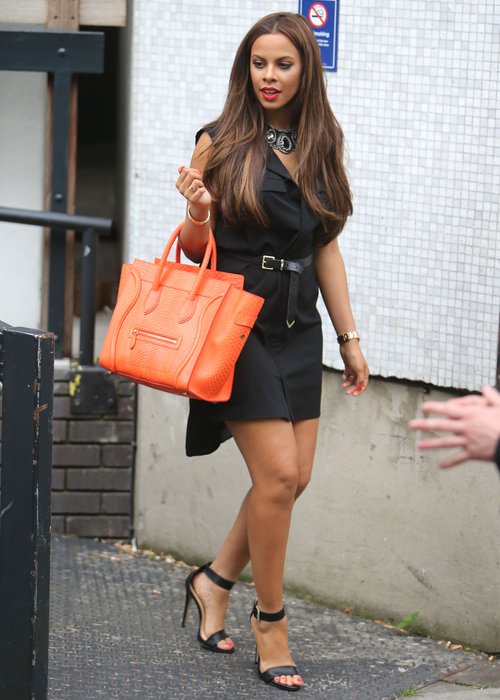 Rochelle recently opened up about motherhood and said she feels as though herself and husband Marvin have been living in their own "bubble" for the past few weeks.

"I'm more worried about the baby than myself and what I look like," the Saturdays singer explained. "It's going well, she only wakes up once in the night so great so far, we've been living in a bubble!"