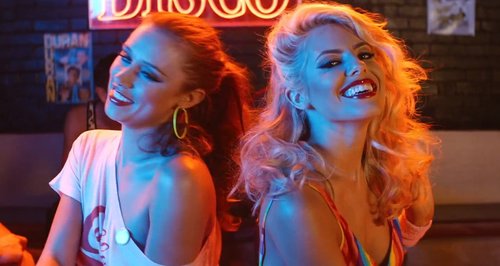 We asked for fans to vote for their favourite tracks, and you can watch them all this weekend.

The Saturdays' top ten songs are set to be played out on Capital TV this weekend.

Earlier this week, we asked fans to vote for their favourite tracks from Una, Rochelle, Mollie, Frankie and Vanessa and you replied in your thousands.

Their latest single 'Disco Love' is in the mix as well as older favourites like 'Higher' and 'Up'.

Tune into Capital TV on Saturday morning (19th October) to watch the special at 8am.

We'll also be playing out the show on Sunday at 12pm.

You can also get in the action on Twitter @CapitalOfficial by using the hashtag #TheSatsOnCapitalTV.