WATCH: The Chainsmokers’ Cure For A Jellyfish Sting Is Wrong In All The Right Ways…

We are all aware of THAT remedy for a jellyfish sting, but The Chainsmokers have introduced us to one that’s so bizarre, it might just work…

Things to do during #CapitalInIbiza: have a good time, get a sick tan, listen to some of the world’s best performers.

Things not to do during #CapitalInIbiza: get stung by a jellyfish. Isn’t that right, The Chainsmokers?

Sarah Story caught up with Andrew and Alex in their vocal booth just before their set, and it turns out that Andrew is actually quite the trooper – he’s taking to the stage just after being stung by a jellyfish.

Of course, we wanted to know if a pal of his – maybe Drew – did, erm, that to him, to help ease the pain, but apparently the best cure is… Balsamic vinegar.

We’re not sure who’s taking sachets of vinegar with them to the beach, but apparently the ‘Closer’ hitmakers won’t go anywhere without it.

We’ll 100% bring you lads some condiments next time we come out to Ibiza. 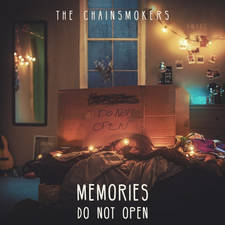