The '22' singer has been filming for the new movie this week.

Taylor Swift has been pictured on the set of new movie The Giver this weekend.

The 'Begin Again' star posed for a shot with fellow co-stars Cameron Monaghan and Odeya Rush.

The film is expected to hit the big screen next summer and is Taylor's latest dive into the acting world following 2010's appearance in Valentine's Day.

She also recently made a cameo in the season finale of New Girl.

Check out the picture from the set of The Giver below: (Picture Instagram) 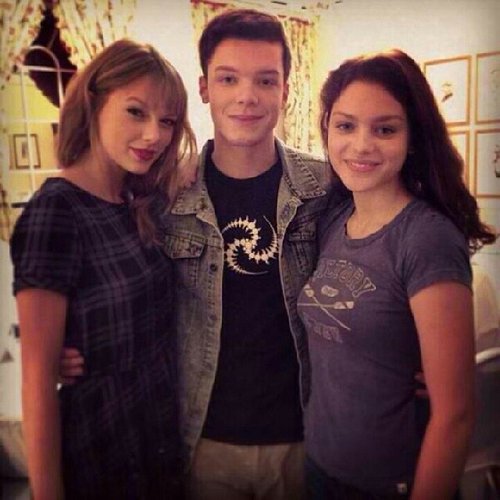 Meanwhile, the singer has also unveiled her new song 'Sweeter Than Fiction' this week.

The track was recorded for the soundtrack to the new Paul Potts biopic One Chance and stars James Corden.