Poor Taylor has only gone and got STUCK on an extending stage after a series of technical issues during the Washington leg of her tour.

After a string of technical issues during her 1989 show in Washington DC, Taylor Swift also suffered mechanical problems too after an incident at her latest show left her in QUITE the embarrassing scenario.

During part of the show where she surfs above the crowds on an extending stage, the prop suddenly broke down leaving Tay Tay stranded in the middle of the arena for the rest of her performance. #GASP

That moment when Taylor Swift's set breaks down

"They just told me in my ear that I might be stuck up here forever, this thing is broken." Taylor tells her fans. However like the true professional she is Tay continues to perform hits like 'Love Story' as she throws her choreography out the window and is forced to strip back her show. 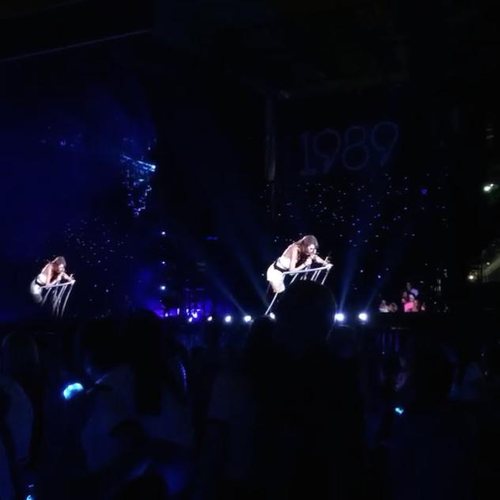 Fans reported Taylor removed her safety harness and walked the piece of stage in stilettos, risking injury to entertain the crowds.

I'll tell my friends' kids about the time Taylor Swift got stuck on a ramp in front of me. pic.twitter.com/NkaDy7Sd4T

We're happy to report that Taylor is ok, and has managed to return to flat ground. PHEW!