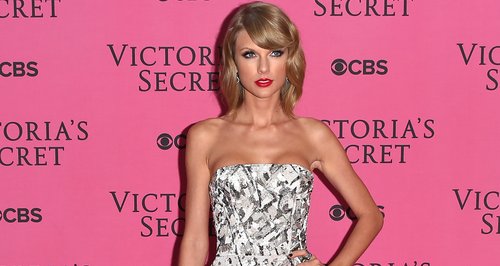 Taylor Swift reveals how she avoids becoming a cliché and what having a group of strong female friends means to her.

Taylor Swift is one of the rare breed of celebrity who, despite finding fame at a young age, hasn’t publicly gone off the rails – and she credits her upbringing for avoiding turning into a cliché.

Taylor told Billboard, “My mom has allowed me to grow up one year at a time. She was very protective when I was a teenager, when every other person would say to us, ‘Are you going to become a trainwreck? When are we going to see you going off the rails like ...,’ and then they would name these other girls that they perceived to be trainwrecks, which was lovely.”

Taylor also credits her famous friends for keeping her grounded, and says that being surrounded by strong women is important to her.

She revealed, “Every one of my friendships has a unique and odd beginning. With Lena Dunham I went to her Twitter and she was following me. I saw her quoting my lyrics, so I followed her, and immediately got a direct message back saying, ‘When can we hang out? We need to be best friends.’”

“With Ella - Lorde - her album came out and I thought it was amazing, so I sent her flowers and congratulated her on a great first week. And I get this text message from one of our mutual friends, and she says, ‘Lorde is freaking out because she said some stuff about you in an interview and she feels so terrible.’”

She essentially had said that I'm too perfect or something like that - something that did not even mildly offend me, that I thought was cute. She felt so bad about it, so I said, ‘It's no big deal. We should hang out sometime.’ I could keep going - Karlie [Kloss] and I met at the Victoria's Secret show ...”

And having strong female friends in the industry helps Taylor to stay grounded. She revealed, “I never thought too hard about it, but you'll notice a lot of celebrity-type people tend to surround themselves with people whose lives revolve around them. You'll have a posse of these exciting and fashionable cling-ons, and it's because those celebrities need to be fawned over.”

“I feel uncomfortable being the No. 1 priority in my friends' lives - I want to be there to make their lives more fun, if they need to talk, to be there for spontaneous and exciting adventures, but I don't want friends who don't have a life outside of me.”

“So whether it's Karlie, who loves what she does in fashion, or Lily Aldridge or Lena or my [childhood] friend Abigail, whose job is making sure that veterans get their compensation checks, the one thing they all have in common is that they love what they do. They have me in their life because they want me in their life, not because they gain from it.”