The 'Begin Again' singer was presented with a special plaque for the honour this week.

Taylor Swift set a record as a solo artists this week with the most sold-out shows at Los Angeles' Staples Center.

The 'We Are Never Ever Getting Back Together' star was presented with a special plaque following the news that she surpassed the likes of Madonna and Justin Timberlake's previous bests.

The star has also been joined by a host of special guests during her gigs at the venue this past week.

She brought Cher Lloyd, Tegan And Sara as well as Sara Bareilles all on stage for special duets.

Check out a picture of Taylor with her special plaque below: 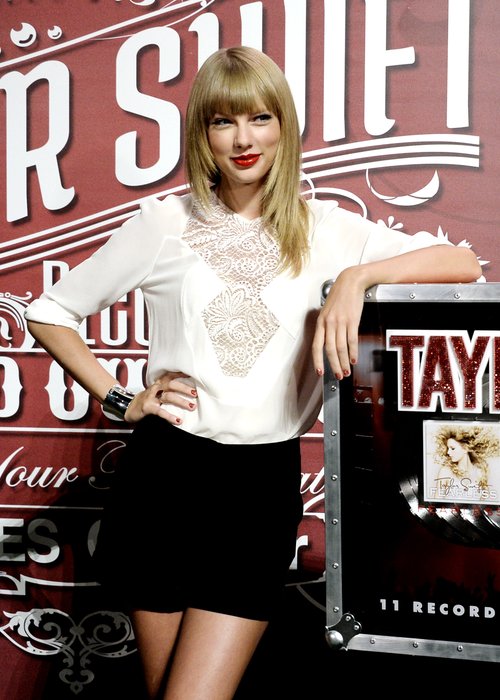 Meanwhile, the country star is preparing to head to the MTV VMAs 2013 this weekend and poked fun at the 2009 incident with Kanye West this week after giving Ed Sheeran a jar of jam with a comical note attached.