The 'Begin Again' singer says it's great to be back on the road this week.

Taylor Swift was all smiles as she arrived at the American Airlines Arena ahead of her latest 'Red' world tour date in Miami.

The 'We Are Never Ever Getting Back Together' singer enjoyed almost two weeks off the road on her latest outing – but resumed the jaunt last night (10th April).

The country singer was also telling fans on Twitter how glad she was to return to performing.

Following her gig, she wrote: "The Woah Miami! That was so much fun!!! After a week away, I'm so stoked to be back on the #REDtour."

The outing kicked off last month, and Taylor has been joined by British star Ed Sheeran on the outing.

Check out a picture of Taylor Swift in Miami below: (Picture INF) 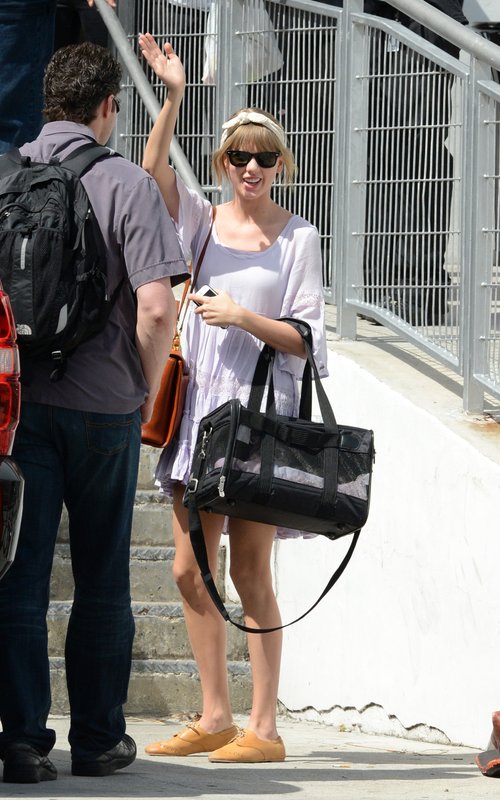 Meanwhile, the 'Lego House' man has been speaking recently about how he has been trying to keep the peace between the female star and her ex-boyfriend Harry Styles.

The ginger-haired singer said he felt like "Switzerland" stuck in the middle of his friends.