WATCH: Taylor Swift Goes Back To Her Country Roots With A Surprise Duet On Tour 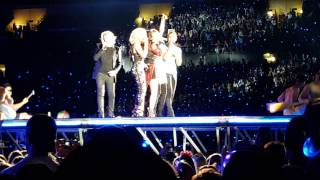 Before she was a pop princess, TayTay was all about the country music – and her surprise duet with Little Big Town shows she hasn’t lost any of her country music talents!

She might be a pop princess now, but Taylor Swift’s musical roots lie in country music – and she revisited the genre with a surprise performance with Little Big Town on her 1989 World Tour.

Taylor loves to surprise her fans with guests popping up on her tour, and at a recent concert in Pittsburgh, she brought out the country band to sing their song ‘Pontoon’ together – it’s like the ghost of Taylor past came back on that stage! 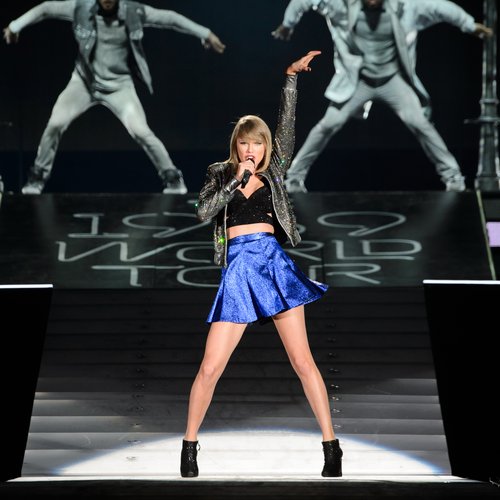 Taylor also participated in an impromptu sing song with the band backstage on a song called 'Girl Crush':

When Little Big Town is singing Girl Crush in your dressing room, there is no other option but interpretive dance. @littlebigtown @rachelplatten @kelseaballerini

Tay proved she hasn’t lost her country singer side as she joined the band – and it’s no surprise she found it easy, as Swifty started her career as a country singer before moving over to pop.

Taylor’s brilliant performance comes after she was honoured with the 50th Anniversary Milestone Award at the American Country Music Awards – kind of a big deal for an artist that now focuses on pop!

She tweeted after the show:

Tonight my friends @littlebigtown surprised the #1989TourPittsburgh crowd with 'Pontoon' and it was SO MUCH FUN!! pic.twitter.com/rHCjHwP0oc

The performance would have held double significance for Taylor – as well as going back to country, it was also in her hometown of Pennsylvania, which she got pretty excited about:

Getting ready for #1989TourPittsburgh !!!!! BACK IN THE HOME STATE

Thank you Pittsburgh. Check out how beautiful 55,000 of you were tonight. #1989TourPittsburgh pic.twitter.com/05oalwEv2I

Seeing the performance above kind of makes us miss Taylor’s country side – maybe there’s another of those albums to come in the future?