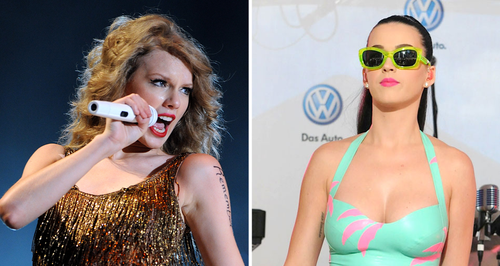 It's finally time for us ALL to witness the world's most epic dance-off between the two BIGGEST stars. Ladies and gentlemen…it's Tay Tay Vs. K-Pez.

OK first things first, we know that there's a little 'Bad Blood' between these two however this is a war about something a LOT more important…we're talking about a dance battle, people!

We're pitting '1989' starlet Taylor Swift against the one and only Prismatic goddess that is Katy Perry. We'll finally find out who's better at cranking up the dance dial from one to a million in an epic showdown of choreography.

The question is…who do YOU think it'll be? 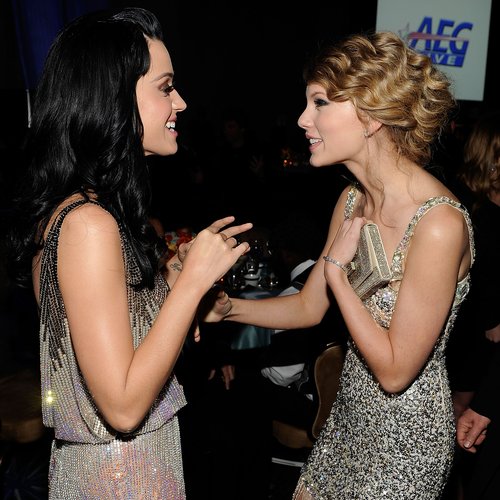 Now then, that's enough of the pleasantries. Let's get down to it!

Surely this depends on who you're dancing to right? Well, whoever the girls are getting their boogie on to seems to be doing the job but let's face it Taylor is going HAM!

Whether you are shaking it with six women dressed as brides or with The Tonight Show host Jimmy Fallon, nothing is cooler than 'the running man'…NOTHING!

Okay…neither are Beyonce but then again NOBODY can match Queen Bey at some booty shaking. Katy and Taylor aren't just two of the BEST singers in the industry, they are PRO lady shakers.

You have to hand it to them both but especially Katy, she had to put up with 'Left Shark' during her iconic Superbowl performance.

Dudes playing countless brass instruments versus buff guys in dungarees….hmm decisions decisions. Either way, both girls know how to style out something as simple as this and make it look FLAWLESS.