Jennifer Lopez To Team Up With Taylor Swift On New Album?

The 'On The Floor' singer is said to have recruited the country star following their recent on stage collaboration.

Jennifer Lopez is apparently set to team up with Taylor Swift for her forthcoming new album.

The pair recently joined forces on stage during the '22' star's show at the Staples Center and US magazine claims a collaboration on record is now on the cards.

"Both of them are huge fans of each other and excited to work together," an insider told the publication.

J-Lo has also been seen in the studio with R&B star Chris Brown for her new album this year.

Taylor recently shared behind the scenes footage from her 'Red' tour during her Staples Center residency. 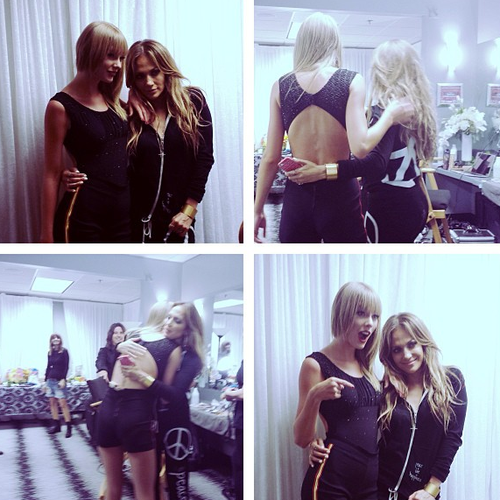 It was also claimed that the artists had fallen out during their time backstage on the jaunt – something which was soon quashed by the star's representatives.

The 'Red' first leg will come to an end on 21st September with the second outing heading out to New Zealand and Australia in November.