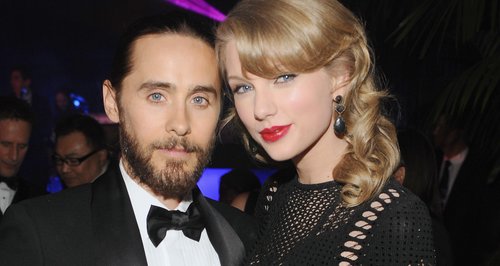 The 'I Knew You Were Trouble' singer was pictured chatting with the singer and actor.

Taylor Swift was spotted out partying with Hollywood star Jared Leto at an after-party for the Golden Globes 2014 on Sunday evening (12th January).

The '22' singer was pictured chatting away with the 30 Seconds To Mars star at InStyle's after-show party over the weekend, with Jared even posting a snap of the pair's encounter on Instagram.

Taylor opted for a crocheted black dress for the after-show party, after wowing on the red carpet at Sunday's awards event.

Jared Leto was also a winner at the Golden Globes this year when he picked up a supporting actor award for his role in the Dallas Buyers Club opposite Matthew McConaughey.

Taylor Swift's evening memorably saw her getting photobombed by Jennifer Lawrence during an interview.