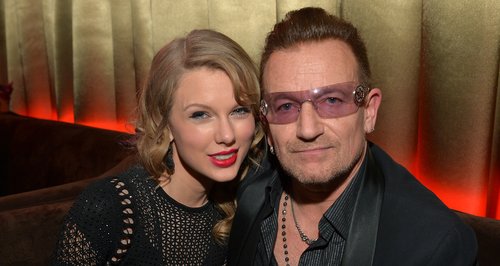 The US star showed there were no hard feelings after losing out to the rockers in the Best Original Song category.

Taylor Swift showed their were no hard feelings between herself and U2 after missing out on the Best Original Song gong at the Golden Globes 2014 last night.

The female superstar was piped to the prize by the rockers but spent time hanging out with the band's frontman Bono at an after-party.

She was also joined by brother Austin as the pair posed for photographs together at the Weinstein Company & Netflix bash. 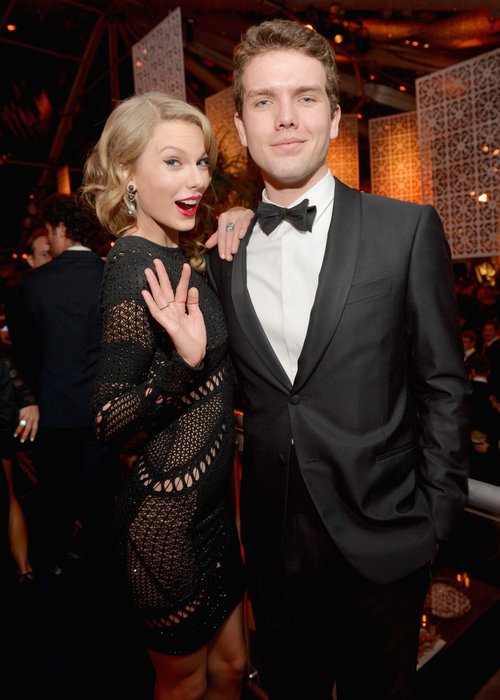 The 'We Are Never Ever Getting Back Together' singer also posed for several snaps with actress friends Sarah Hyland and Hailee Stenfield.

Movie 12 Years A Slave won the biggest prize of the night for Best Drama with Leonardo DiCaprio, Matthew McConaughey and Jennifer Lawrence all winning individual honours.