Taylor Swift Praises Ellie Goulding's Voice: "You Think She Has An Effect On It" – Audio 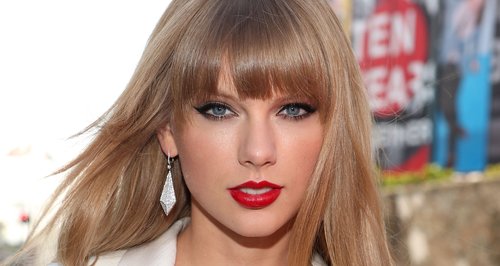 The 'We Are Never Ever Getting Back Together' reminisces about when the British star joined her on stage this year.

Taylor Swift has been praising Ellie Goulding as she spoke to Capital about the British star joining her on stage during her 'Red' world tour.

Ellie was one of many special guests Taylor had for her Staples Canter residency and the country singer reflected on the affect the 'Starry Eyed' singer's voice can have.

"Ellie is amazing, and when she starts singing – I remember the affect she had on my band – they were all looking at each other like 'That's really what her voice sounds like'," she explained.

"Because when you first hear an Ellie Goulding song, you're like 'Oh I wonder what effect they're using on her voice. No, that's just the way it sounds."

Listen to Taylor Swift speaking to Capital's Max about Ellie Goulding below:

The pair performed 'Anything Could Happen' back in August during a week where Jennifer Lopez, Tegan & Sara and Cher Lloyd also came on stage in Los Angeles.

Meanwhile, Ellie was this week confirmed as one of the performers for Capital FM's Jingle Bell Ball 2013.

Taylor has also been speaking to Capital about her love for Ed Sheeran as well as plans for her next album.