The 'Begin Again' singer speaks about the moment the weapon started sliding towards her.

Taylor Swift has been speaking about the time Ed Sheeran almost impaled her with his Lord Of The Rings sword.

The 'Everything Has Changed' star told MTV that the British singer-songwriter is "obsessed" with swords and similar paraphernalia.

"He got this sword... he went to New Zealand and got this sword. The actual Peter Jackson gave him a sword from a Lord of the Rings movie," she recalled. "And he was obsessed with it to the point where like he would come into by dressing room waving it and then just leave."

The US star said how the crew on her current 'Red' tour were unsure if it was OK for him to bring the item on board their plane, where the incident took place. 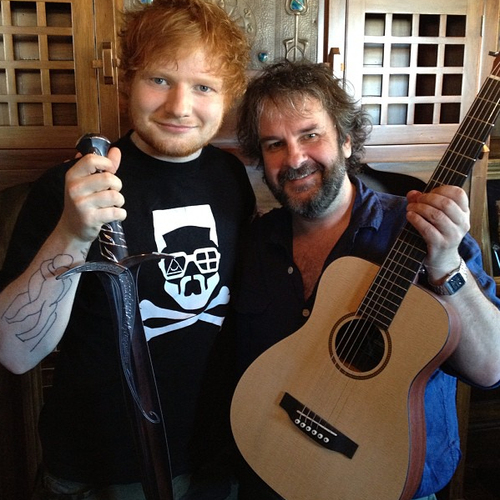