Taylor Swift & Calvin Harris' Romance Is Still Strong! Plus They're Hanging With Santa!

They've been quiet on social media but Taylor's birthday party celebrations show her romance is stronger than EVER.

So it looks like not only is #Talvin WELL and truly still going strong - but Taylor Swift and Calvin Harris are also SO important they now even have the ear of Santa Claus!

WATCH: ALL The Best Bits Of Taylor Swift - From Fan Parties To Her Rap Skillz!

At Taylor’s 26th birthday party at the weekend several snaps and videos have emerged of them enjoying their Christmas themed party, and even getting to sit on the lap of Mr. Santa Claus himself for an impromptu photoshoot!

DJ Snake - one of Taylor’s buds from the party - kindly posted the above video on SnapChat, from her party held at Jamie Iovine’s Malibu home.

“I was just adopted by @CalvinHarris and @TaylorSwift mom and dad are gonna show me the good life now,” Jamie posted alongside this selfie from the celebrations below. 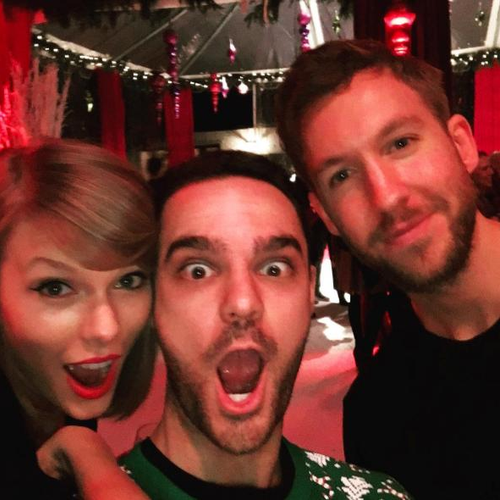