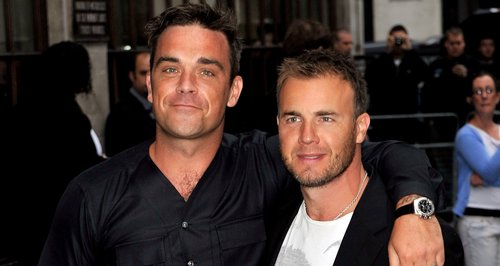 The Take That man talks about the possibility of his friend and bandmate taking over when he steps down.

Gary Barlow has downplayed reports that Robbie Williams could be set to join The X Factor judges panel in place of himself.

The Take That man will step down for the 2014 series and bookies have already made Robbie one of the favourites to take his seat alongside Simon Cowell.

"I don't think anybody [can replace me]," he told the Metro. "Everyone is speculating that Simon will be coming back and I think that would be great for the show."

He added: "I don't know about [Robbie]. I know how much time and patience you need for this show so I don't know.

"I know he's still flying as an artist and if I was to ask him I'm pretty sure he would say it's not the right time."

Gary saw his final act Rough Copy leave the show in last weekend's Semi Final as Sam bailey, Luke Friend and Nicholas McDonald all go head to head in the final this weekend.

Performances on the final show will come from Katy Perry, The Killers, Tom Odell, Sir Elton John and One Direction.