Anne-Marie was brushing her teeth!

When you go to an awards show as an artist, the last thing you expect is to end up stuck in a toilet for half the night, but that's exactly what happened to Stormzy at the MTV EMAs.

Before taking to the stage and wowing the crowd with his stunning performance, Big Mike somehow managed to accidentally find his way into the ladies loo!

The South London Grime star revealed all on Snapchat and explained that he'd gone into the toilet without realising it was the ladies', only for a group of women to come in forcing him to hide. 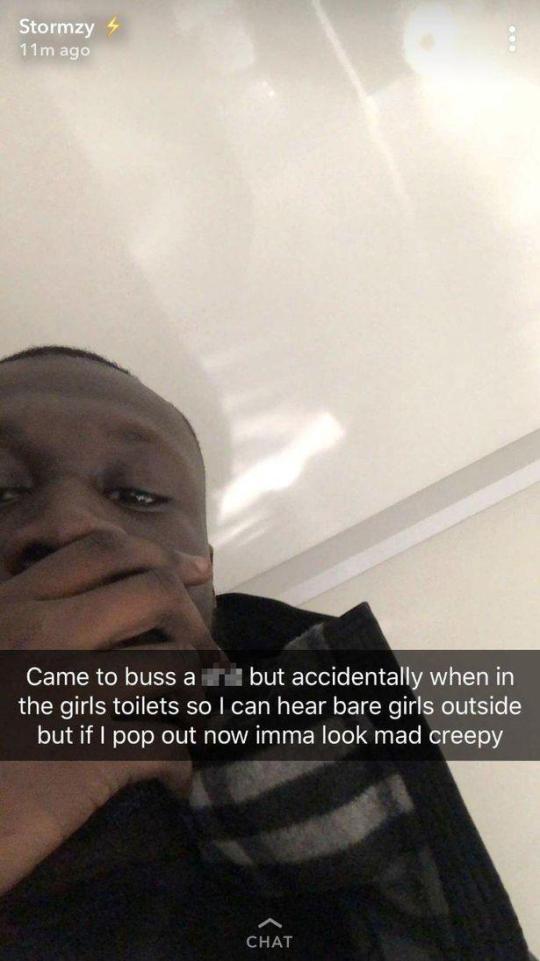 Informing his followers of his predicament, Stormzy wrote, 'Came to buss a s**t but accidentally when in the girls toilets so I can hear bare girls outside but if I pop out now imma look mad creepy (sic)'.

So the quick thinking MC decided to text his mate and ask him to let him know when the coast was clear so he could make his escape, however just before he could Anne-Marie entered the toilet and proceeded to brush her teeth!

Stormzy shared the hilarious screenshot of his conversation on Snapchat before managing to make a quick getaway without being spotted. 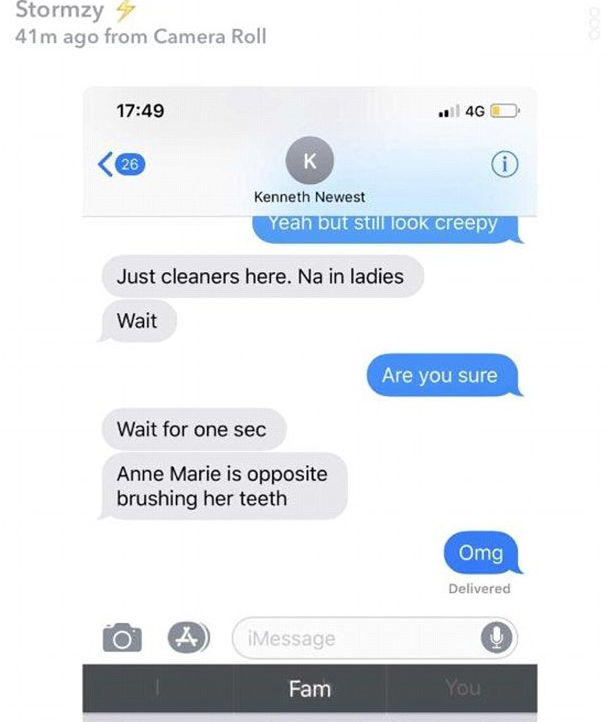 Thankfully the 'Big For Your Boots' star made it out in time to make a big impact on the red carpet and perform his hit track from the roof of a police car, stealing the show with his massive performance.

Once Anne-Marie found out though, she couldn't resist tweeting Stormzy and teased 'If only I knew @Stormzy1 if only I knew loooooool'...

> Download Our New App For All The Latest Stormzy News!

Whilst you're here, remind yourself of Stormzy's epic performance at Wembley Stadium earlier this year...