Who Are Sigma? The 'Glitterball' Duo Play Tricks On The Public

When world-class producers top the charts, it's always the vocalists that people recognise...

That's the problem Sigma have faced after scoring a Vodafone Big Top 40 single with Ella Henderson.

'Glitterball' is Joe and Cam's third chart-topper - but with such a huge career behind them, would the public recognise the duo in the street?

> Sigma: 10 Facts You Need To Know About The 'Changing' Duo

Armed with a copy of their huge new single and some headphones, the boys pretended to be doing work experience for the Vodafone Big Top 40 and asked the unsuspecting public what they thought of the track. 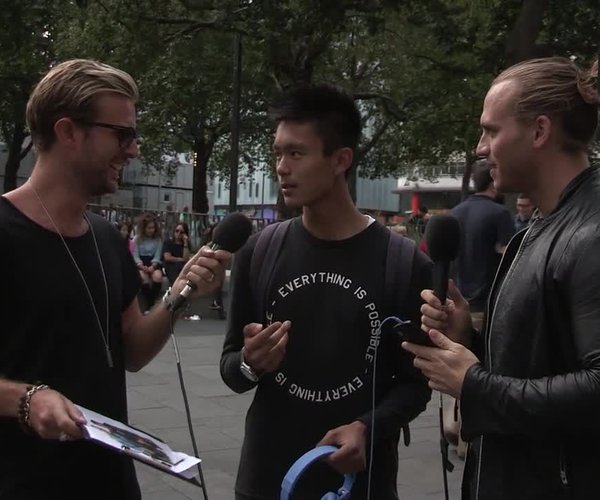 Were the guys recognised? Did people love or slate the track? And which member of Sigma apparently looks like the lead singer of Kings Of Leon? Hit play on the video above to see how long it takes for them to get rumbled.