Nothing Will EVER Come Between Selena Gomez And Her "Sister" Taylor Swift! #BFFs4Life

Selena's pretty much making us weep with her beautiful comments about the pop super-friendship.

There’s a bond between Selena and BFF Taylor that NOBODY will ever break… this pair are unofficial sisters!

Justin Bieber On The "Magic" Between Him And Selena Gomez: "I Didn't Want To Let It Go"

Selena’s opened up about just how close the pair of pop stars are, naming Taylor as being “like a sister” and saying the ‘Shake It Off’ star has always been there for her through the tough times.

“She’s like a sister to me,” Selena reveals in the new issue of Vogue. “Taylor and I dated Jonas Brothers together. We met when she was 18. I was 15 or 16. She was so great to me.

“Then we became best friends. She would fly out to see me when I was going through something very hard,” Selena explained. “We’d eat a lot of fattening food and vent. Taylor is a lot more trusting than I am. 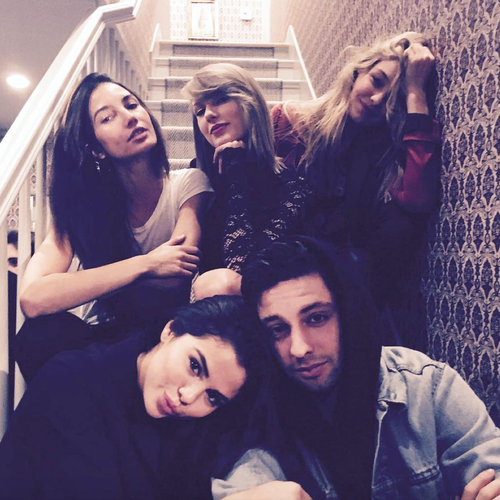 “I have trust issues, given my situation. She’s very open, so she brings out this other side of me.”

We LOVE these two together - now isn’t it about time for that long-awaited collaboration?