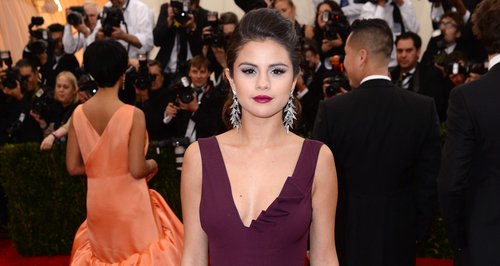 The pair can be seen laughing and running around together during an Instagram video posted by the 'Come And Get It' star.

It looks like all those rumours of Selena Gomez and Taylor Swift falling out were completely false.

Despite neither star commenting on the media talk, US tabloids insisted the pair had fallen out in recent weeks.

However, all that talk was brushed to one side thanks to an Instagram video posted by Selena last night (5th May) backstage at the Met Gala 2014.

The clip also featured the caption: "And during.. sometimes you wanna just be you with someone who knows all your secrets."

The footage sees the pair laughing and dancing around the corridors of the event looking more like BFFs than ever.