The 'Come And Get It' singer was seen spending time with the Karate Kid actor in the capital this week.

Selena Gomez was seen enjoying a night out with Jaden Smith this week upon her UK arrival.

The Disney star was out with the actor and his family in the capital as they dined out at the Hakkasan restaurant.

Jaden is close friends with Selena's ex-boyfriend Justin Bieber and other celebrities such as the stars of The Hangover were all out together that night.

Check out a picture of Selena Gomez dining out with Jaden Smith in London below: (Picture: Splash) 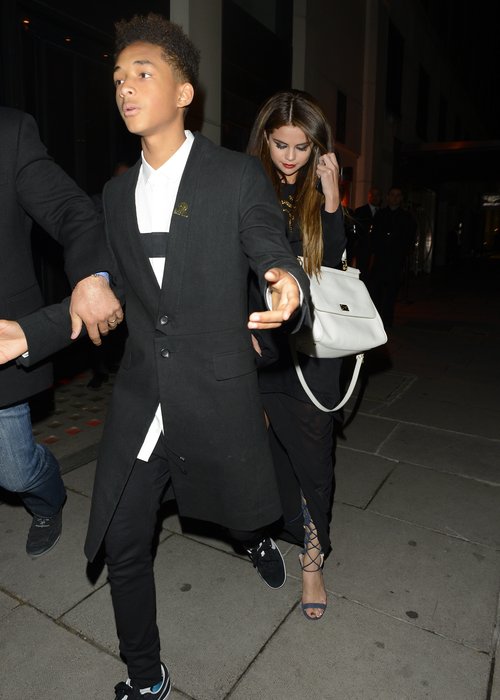 Meanwhile, Jaden was seen on TV last night with his dad Will Smith performing the theme from Fresh Prince Of Bel Air.

Shortly afterwards, Will introduced fellow star of the TV show Alfonso Ribeiro and took part in the famous Carlton dance routine for the audience as well as a rendition of 'Apache (Jump On It)'.

Watch the whole routine below: