Selena Gomez Looks Effortlessly Stylish As She Arrives In The UK

The 'Come And Get It' singer kept a low-profile as she made her way through London's Heathrow airport.

Selena Gomez was pictured arriving in to the UK last night (21st May) fresh from her recent performance at the Billboard Music Awards 2013.

The singer clutched her computer as she made her way through London's Heathrow airport wearing a pair of dark sunglasses and Chanel loafers.

She was also sporting a long black cardigan and baggy patterned trousers for her visit.

Her appearance at the industry event in Las Vegas on Sunday night also saw her reunited with former boyfriend Justin Bieber.

Check out a picture of Selena arriving into London last night below: 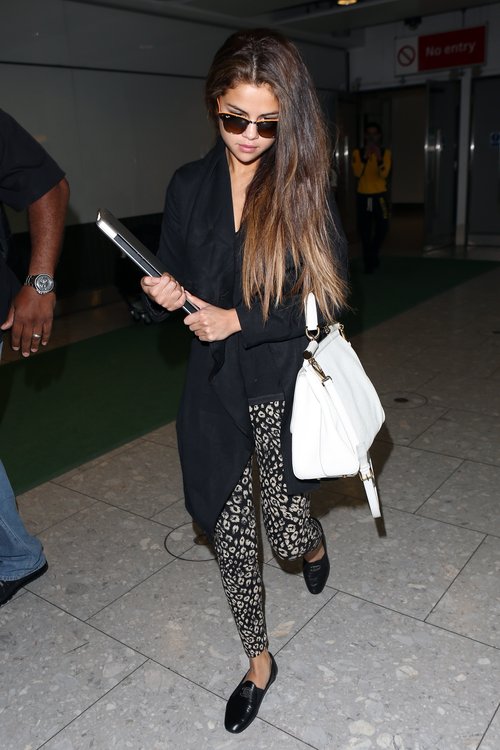 The pair shared a kiss backstage at the show, with Taylor Swift pulling a face at the two as she walked by.

Meanwhile, Selena also performed new single 'Come And Get It' at the awards – which is released on 14th July.