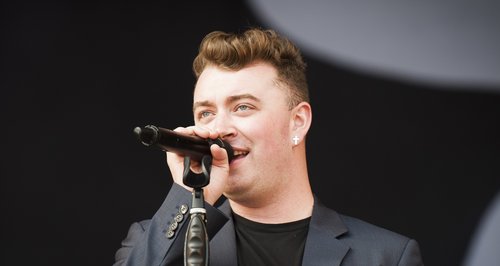 The 'Money On My Mind' star has teased what's to come on his second studio record.

We should ALL learn to be a little more like Sam Smith… because the critical darling has ALREADY started work on album number two!

Despite only launching his debut 'In The Lonely Hour' back in May this year, to critical acclaim no less, Sam's now busy writing ready for the next one. Go Sam!

"I'm a complete control freak so I've already decide on the artwork and title to the album, which will change obviously," Sam revealed to Digital Spy this week.  "i think I will always be so scared on not doing this as a career, so the thought of just sitting back and enjoying the ride and then late next year someone going, 'Right now we need a second album', and me not knowing what the f**k to do, I couldn't do that."

"I did my first writing session a few weeks ago, I feel like I've already got a possible song, which i love," he teased, as well as revealing he may also have a title for the new album as well.

Smith added: "I did my first writing session a few weeks ago. I feel like I've already got a possible song, which I love. I've got a title, which I think I love.

Not content with just playing V Festival 2014 over the weekend and being the most in-demand star of the moment, Sam Smith is ALSO getting ready to launch another surefire hit on 1st September with new single 'I'm Not The Only One'.