After a misunderstanding about Dustin’s Oscars win (and shade thrown over Tom Daley), Sam’s calling it quits.

It’s been a week of severe ups and downs for Sam Smith. Firstly he won an ACTUAL Oscar at the Academy Awards on Sunday before putting his foot in it with a comment about thinking he was the only openly gay man to win one.

Fast forward a few days and the story’s gone back and forth after comments from screenwriter Dustin Lance Black - himself an Oscar winner for Milk several years ago - and apologies, comments and outrage galore across the Internet.

In the latest on this story, Sam has now announced a hiatus from social media in the wake of all that’s happened - telling Twitter he’s taking a break, presumably after finding it all a bit too much.

“I’m logging off for a while. Some Martinis shaken not stirred are definitely in order,” Sam tweeted to announce he was, at least temporarily, quitting Twitter.

I'm logging off for a while. Some Martinis shaken not stirred are definitely in order.

Just before quitting he also posted an ‘x’ tweet to media outlet Gay Star News, in response to their tweet to an article about the criticism Sam has received for his comments from the LGBT community.

It all stems from Sam’s acceptance speech for winning Best Original Song at the awards last weekend when Sam told the crowd: “I read an article a few months ago by Sir Ian McKellen and he said no openly gay man had won an Oscar.

“If this is the case, even if it isn't the case, I want to dedicate this to the LGBT community all around the world. I stand here tonight as a proud gay man.” 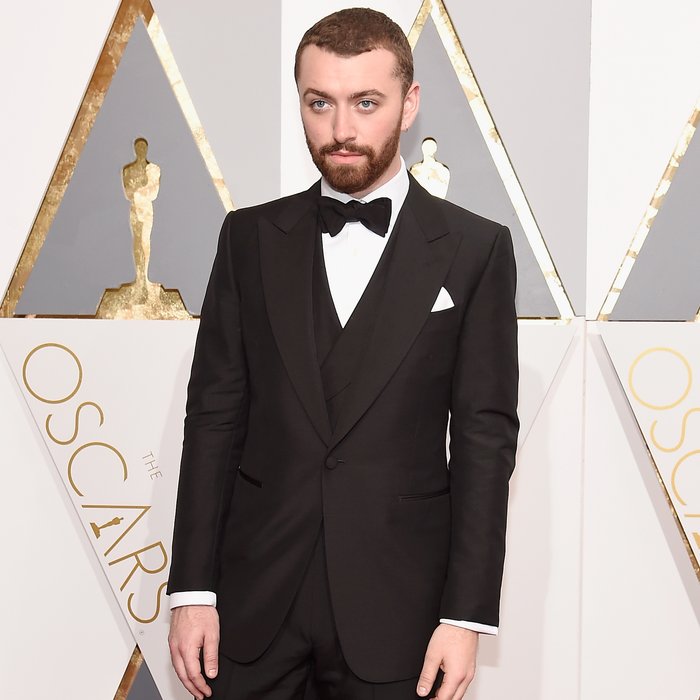 As sweet as Sam’s speech was… there have been quite a few gay Oscar winners in the past, including Dustin back in 2009. Awk.

Hey @SamSmithWorld, if you have no idea who I am, it may be time to stop texting my fiancé. Here's a start: https://t.co/8hGTRtIaMK

Dustin didn’t take kindly to it, and took to Twitter to throw some serious shade at Sam, telling him “Hey ‪@SamSmithWorld, if you have no idea who I am, it may be time to stop texting my fiancé. Here's a start” and linked to his acceptance speech for Best Original Screenplay from ’09. 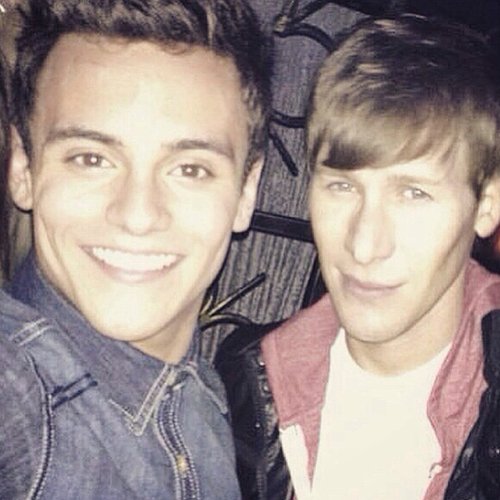 The world was waiting for Sam's reply with bated breath... and Sam soon came back and apologised to Dustin for the misunderstanding:

Second openly gay man to win an oscar or third or fourth or 100th, It wasn't my point.

My point was to shine some light on the LGBT community who i love so dearly.

@samsmithworld Congratulations. Drink water. Rest. But do check out some of the other Gay Oscar work out there. Some truly wonderful stuff.

THE POINT: knowing our LGBTQ history is important. We stand on the shoulders of countless brave men and women who paved the way for us.

Dustin then also took to Twitter to clarify what he meant by the whole "stop texting my fiancé" comment - and it looks like Sam and Tom are just mates after all. Phew.

Dear Internet: @TomDaley1994 and @samsmithworld are pals. They text. Thus my surprise Sam took me for a closet case! Feel free to laugh.

Well this has proven to be a lively day on Twitter. From humor to anger. The former my intent... in defense of history. Much love to all.

Dustin and Tom have been together since 2013 and got engaged in October – but will Sam have done enough to bag an invite to their wedding? We'll have to wait and see!