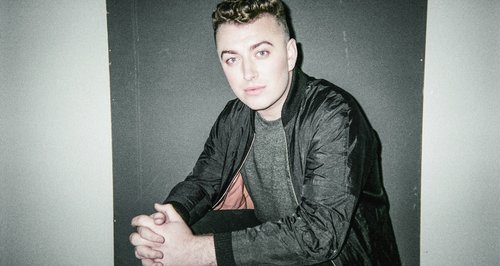 The singer makes chart history in the USA with his debut LP.

Sam Smith has made chart history in America with his debut album 'In The Lonely Hour'.

The record, which was released last week in the States, debuted on the Billboard 200 at number two after selling 166,000 copies - the highest new entry for a UK male solo artist in the chart's history.

IN THE LONELY HOUR IS OFFICIALLY NUMBER 2 IN AMERICA!! I am overwhelmed and truly touched. Thank you to everyone who has purchased it xx

The album, which debuted at number one in the UK last month, has already sold over one million copies worldwide.

The head of Smith's label Steve Barnett at Capitol Music said: "We are thrilled that American audiences are embracing Sam Smith and 'In The Lonely Hour' so strongly.

"Sam’s stirring and revealing songs, as well as his one-of-a-kind voice and soulful delivery, is a combination that’s compelling and imbued with artistry."