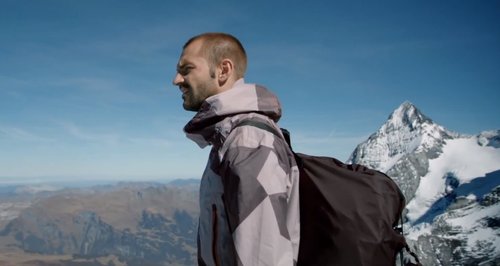 The track is a team-up with BRIT Award winning star Emeli Sande and is taken from their Mercury Prize nominated album 'Home'.

Jokke can be seen gliding through the air around the Eiger mountain in the Alps during the video.

The video was directed by Stu Thomson and required no post-production for the stunts, ash Sommer was displaying his real ability on film.

The song followed on from previous releases such as 'Right Here', 'Waiting All Night' and 'Feel The Love'.