Rudimental Are Bringing Their Epic Live Show To Alexandra Palace - Get Your Tickets Now!

They've dominated the charts in 2018 and now the mighty Rudimental have added a second show at London's iconic Alexandra Palace after their first date sold out!

Having literally owned the number one spot on the Vodafone Big Top 40 for 5 weeks in a row already this year, it's fair to say Rudimental are serious hot property in the music industry right now.

So who wouldn't want to see this immensely talented four piece live then? Well now you can because the guys have added an additional date to their UK tour and are heading to London's Alexandra Palace on Friday 26th Ocotber 2018 for a second night of musical delight and YOU can be there!

Tickets for this eagerly anticipated event are sure to go quick - so make sure you get involved sharpish, because this isn't a show you'll wanna miss. 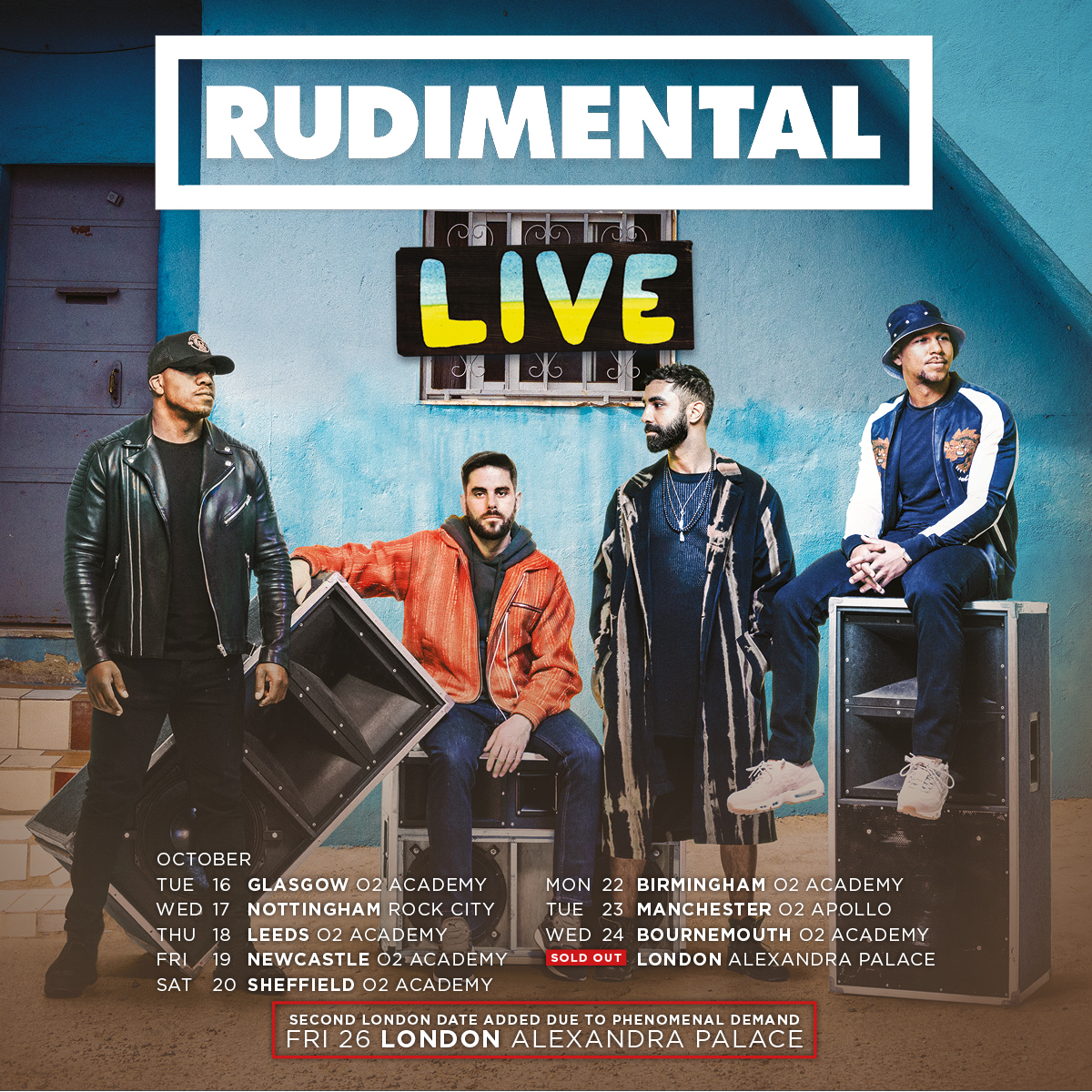 Rudimental's latest single 'These Days' featuring Jess Glynne, Macklemore and Dan Caplen has become the soundtyrack to the year already, but it's far from the group's only smash hit.

They've previously topped the charts with upbeat anthems like 'Waiting All Night' and 'Feel The Love', whilst their collabs with the likes of Ed Sheeran, Anne-Marie and James Arthur have won them plenty of fans too.

So don't miss out on the opportunity to see one of the most exciting British collectives around showcase their stunning sounds on there much hyped UK tour.

> Download Our Fancy New App For All The Latest Rudimental Chat!

Whilst you're here, check out what happened when the lads tried to introduce 'These Days' live on air alongside Jess Glynne recently...

QUIZ: Prove You’re The Ultimate After We Fell Fan