The 'Blurred Lines' singer appears in a new photoshoot with his partner.

Robin Thicke has been speaking about the influence and inspiration of his wife Paula Patton.

The 'Give It 2 U' star told Prestige magazine that he's not sure if he'd still be alive if it wasn't for his partner.

"'I don't know if I would still be alive in some ways if it wasn't for Paula," he confessed. "She's been my rock, my muse, my inspiration and I love her. The whole way."

The publication also spoke to Paula, who spoke about how the pair stay strong together.

Check out a picture of Robin and Paula on the cover of Prestige magazine together below: (Picture: Prestige Magazine) 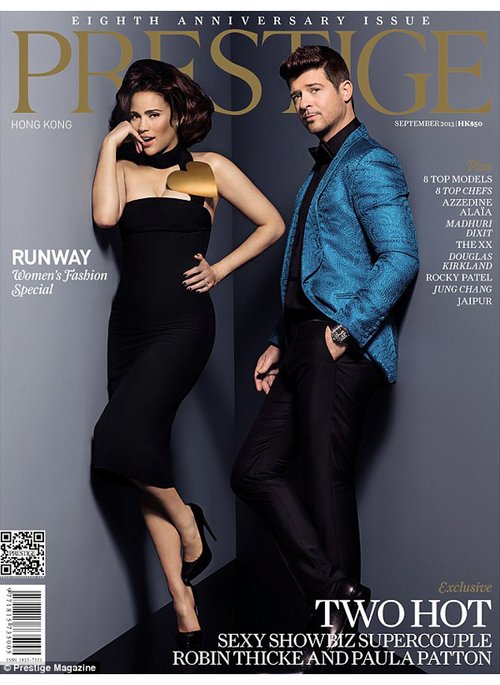 "We're best friends. We laugh a lot. But that's our down time," she explained. "We do the things you're supposed to do, like work out – blah, blah, blah, boring, boring. We love to travel together and travel with our child."

The pair were recently seen with their son Julian enjoying a family day at the beach in Miami.

Meanwhile, Jessie has also been discussing details on her and Robin's new duet saying it has an "Earth, Wind and Fire throwback" vibe.