The 'Blurred Lines' singer has also been seen out spending time with his son in Los Angeles this week.

Robin Thicke has unveiled a new song called 'Give It To Me' – which features rapper Kendrick Lamar.

The track will follow on from the huge global success of 'Blurred Lines' and is taken from his next studio album.

The track was also produced by Dr Luke, Cirkut and Will.i.am.

He has also this week been seen out with his young son Julian as the pair headed to grab some groceries from a supermarket.

Check out a picture of Robin out on a shopping trip with his son Julian in Los Angeles below: (Picture: Rex Features) 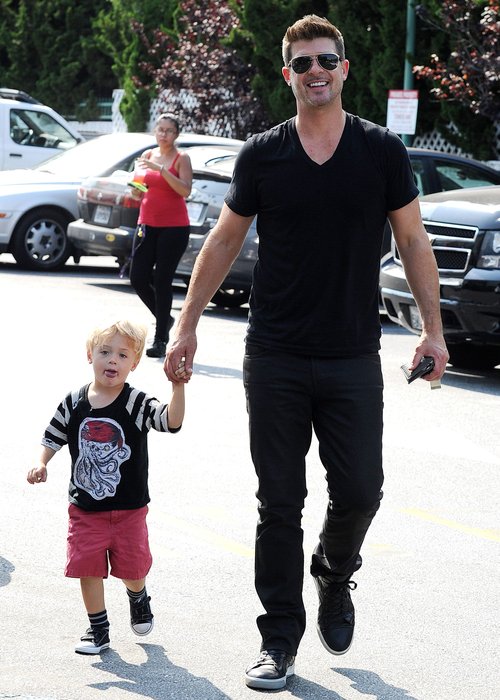 The singer will release his new album 'Blurred Lines' on 29th July and he released the artwork for the record last month.

Listen to Robin Thicke's new song 'Give It To Me' below:

*Warning, this song features material which may cause offence*