The 'Lost Without U' singer says it would be great to get the Wimbledon champion involved with his latest track.

Robin Thicke has said that he would love to recruit Andy Murray for a remix of his current Vodafone Big Top 40 number one single 'Blurred Lines'.

The singer-songwriter was equally gripped by the tennis this past weekend and told Lorraine Kelly that the not safe for work promo would include some strategically place rackets.

"I think I'm going to do a remix with Andy Murray," he told the chat show host. "Beautiful girls in various tennis outfits with rackets strategically placed".

The music world was taking to Twitter over the weekend to praise the efforts of the Scottish star – with many calling for him to be Knighted. 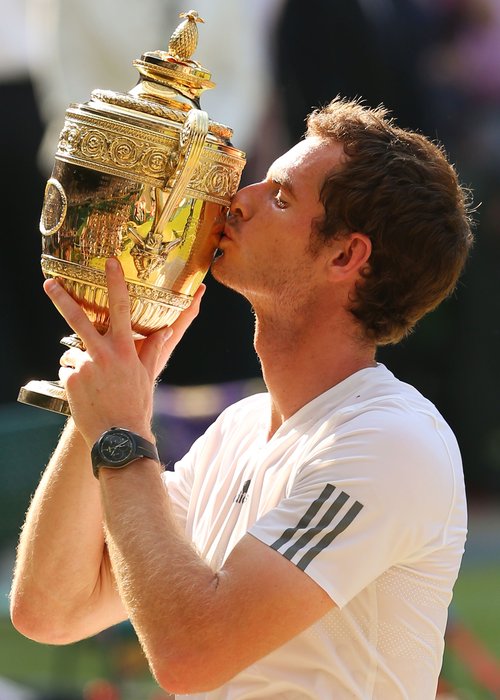 Meanwhile, Robin was today announced among the latest set of names added to this year's iTunes Festival 2013.

The singer will join the likes of Sir Elton John, Justin Timberlake, Queens Of The Stone Age and Jessie J at the Roundhouse in Camden, London.