Get Excited For Rixton's New Album - As The Boys Reveal Their FAVE Songs!

Danny, Jake, Charley and Lewi name their personal favourites from their debut record.

Rixton's debut album is almost here, and according to the boys you can expect happy songs, sad songs and… songs that make Charley's hair look amazing?! Consider us intrigued…

The 'Me And My Broken Heart' four-piece have released a video opening up about their new album 'Let The Road', due out in March, where they reveal each of their favourite songs and give fans some teasers about what to expect from the Rixton record.

We've been recording it now for about a year. Some of the songs were written six years ago. It's just kinda of a big bunch of songs that mean a lot to us," Rixton's Jake Roche explains. "Songs that are happy, songs that are sad and songs that make Charley's hair look amazing." 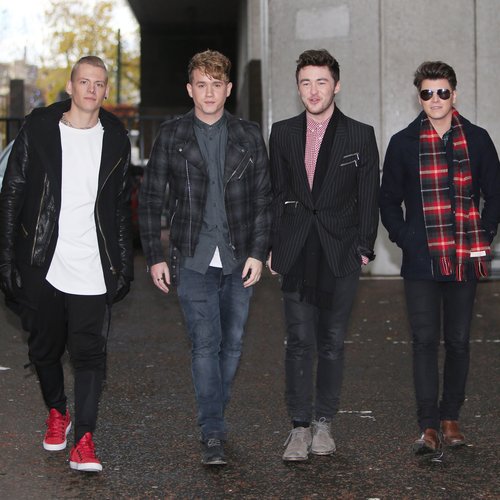 The boys then each opened up about their favourite tracks from the album, with Jake naming 'Beautiful Excuses', Charley naming 'Whole' and Lewi's being 'I Like Girls'.

"My favourite song from the album has to be 'Let The road', the title track, which is a song that we wrote six years ago which is very cool, and it's fully a cappella," band member Danny revealed. "Me and Jake wrote it a long time ago, just for a bit of fun really and it was to always remind us how important family is."

Rixton officially release their album 'Let The Road' on 2nd March and you can pre-order the record right here.