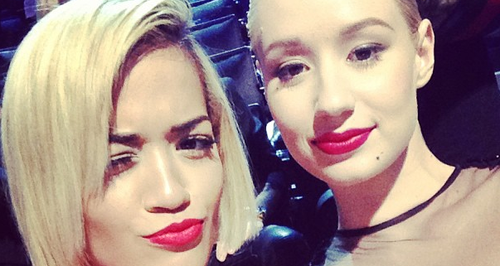 Listen to a preview of the pair's brand new duet.

The trap-influenced song features on Azalea's debut album 'The New Classic', which is released on April 14.

'Black Widow' was co-written by Katy Perry and produced by Stargate and Benny Blanco, whose previous credits include Rihanna, Drake, Beyoncé, Kesha and Jessie J.

Meanwhile, Ora recently unveiled her new Calvin Harris-produced single 'I Will Never Let You Down', which is out on May 11.