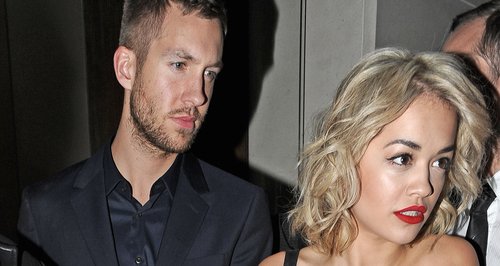 The 'I Will Never Let You Down' singer opens up on recording with her boyfriend Calvin Harris.

Rita Ora has revealed she finds boyfriend Calvin Harris "even more sexy' when she sees him working on new music in the recording studio.

The 'R.I.P.' star, who teamed up with her man for new single 'I Will Never Let You Down', says she's glad the pair broke their original pact never to record together.

"I thought he was even more sexy when I actually saw him working in the studio," Rita told The Sun this week. "We'd had this pact that we'd never work together for fear it could cause problems, but quite the opposite.

"I'd look at him in there, so in control of everything, so creative, and just yelled, 'Please turn the air-con on to make it cooler in here, as I'm seriously hot!'," Rita revealed.

> Rita Ora: 8 Fashion Styles You Need In Your Spring Wardrobe.

"I am kind of obsessed with him, he's a genius," Rita added. "I'm so glad we ditched that pact!"