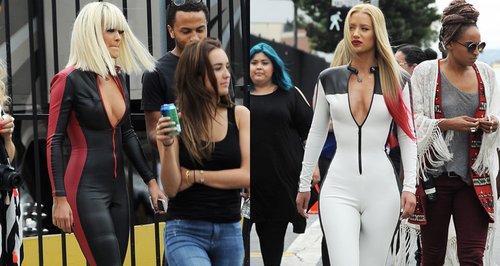 As if a Rita Ora and Iggy Azalea collaboration wasn’t exciting enough already, the gorgeous duo have got pulses racing in their costumes!

Rita and Iggy have teamed up for their new track ‘Black Widow’ and have begun shooting the video in LA.

The pair were spotted wearing contrasting leather playsuits – Rita in black and red and Iggy in white and black, as the video is rumoured to be inspired by the film Kill Bill. 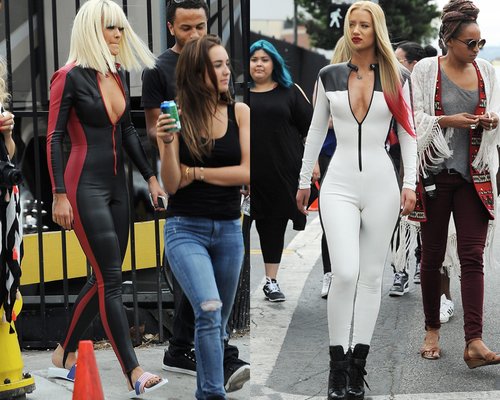 The actor Michael Madsen, who starred in the 2003 movie was also spotted on the set of the video – perhaps he was giving them some authentic Kill Bill tips?!

The ladies both had stunt doubles on hand – so there is no danger of the girls getting hurt whilst performing some of the movie’s trademark stunts.

Despite having stunt doubles to take on the more dangerous stunts, it looks like Rita and Iggy will be taking on some of the fight sequences themselves.

Iggy posted a photo of Rita in combat training for the shoot, captioned, “A little snap of Rita at fight training today. #KungFuGoddess #SamuraiRealness #BlackWidow #ComingAugust.”