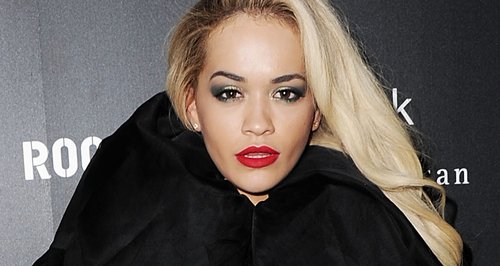 The 'Radioactive' singer says she looks "really different" in her film role as the character Mia.

Rita Ora has opened up on starring in the new 50 Shades Of Grey movie and has promised a "passionate" flm while revealing it was a "good experience'.

The 'R.I.P.' singer stars as lead character Christian Grey's sister Mia in the upcoming adaptation of E.L. James' novel series, and says she knew she had to be involved as soon as she heard about the project.

"The movie is amazing, it's such a great passionate movie," Rita revealed to Capital's showbiz reporter Kevin Hughes. "I had to be involved, I love the books.

Rita Ora was on hand at the BRIT Awards 2014 earlier this week with boyfriend Calvin Harris, and the pair have just flew out to Milan for Fashion Week there.