The 'We Found Love' singer hits a new milestone on the video sharing website.

Rihanna has become the most viewed artist of all time on VEVO after her music videos surpassed the four billion views marker this week.

The 'We Found Love' star already broke a new record on the video sharing site back in May when 'Russian Roulette' became the tenth video to surpass the 100 million views mark – making her the most certified artist of all time.

Rihanna also chose to acknowledge the new achievement on her Twitter account by simply calling herself the empress of the site.

"Your fave is basic!! #VEVOEmpress," she wrote. 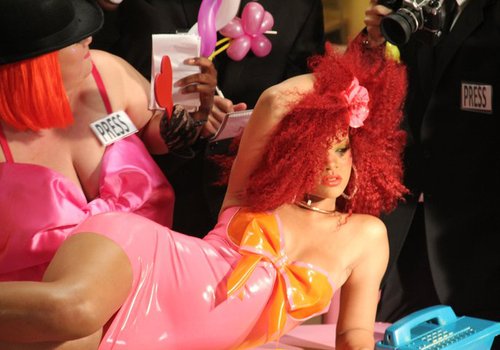 Meanwhile, the singer is said to be back busy working on her next studio album and the follow up to 2012's 'Unapologetic'.

She was recently seen holding a secret meeting with Kanye West in New York – fueling talk of a new team-up between the pair.